The recent announcement by President Cyril Ramaphosa that schools will be closed and re-opening in accordance with a pre-determined schedule, has once again resulted in significant debate and discussion by all those affected, during the current Covid-19 pandemic.

With South Africa now having the fifth highest number of confirmed Covid-19 cases globally, the public outcry for schools to be closed reached significant proportions.

In reply to same, it has been announced that schools have been scheduled to close for the period between 27 July 2020 and 24 August 2020. However, specific arrangements have been made for matric students and grade 7 students who will have different dates set as opposed to the above. School nutrition programs are also said to continue during the above time periods.

In furtherance to the above, it was announced that the academic year would be extended beyond 2020 with the president further indicating that “…we have taken a deliberately cautious approach to keep schools closed during a period when the country is expected to experience its greatest increase in infections…”

The President further indicated that the decision to close schools during what was described as the peak of the Covid-19 infections; was taken after due consideration of and discussions with appropriate bodies.

Despite the reassurance and possible welcome of the announcement currently, it can be expected that concerns and angst will once again peak when schools reopen again.

The announcement will almost certainly garner the scrutiny of the legal fraternity, as have similar announcements during the Covid-19 pandemic, with questions in relation to health and safety, the rights to education and free will once again coming to the forefront.

During these unprecedented times, we can only be hopeful that we garner the appropriate mechanisms and infrastructure to deal with challenges ahead. A quick guide to Restraint of Trade Agreements Creditors have better Memories than Debtors: What happens at the sequestration of a Debtor’s estate?

The highlight of the sequestration process is to make provision for a “collective debt” collecting process that will ensure a fair distribution of the debtor’s assets in circumstances where these assets are insufficient to satisfy all the creditors’ claims. This is to... 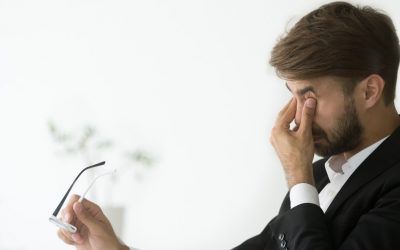 Claim Your Legal Remedy “Once and For All” or Forever Hold your Peace?

Brett N.O and Others v Kushner (2020) ZAECGHC 86 (“the case”) concerns an appeal from the Port Elizabeth Regional Court (“the trial court”) to the High Court of South Africa, Eastern Cape Division, Grahamstown and delineates the application of the “once and for all”...